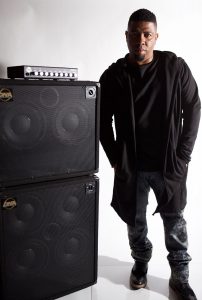 Eric “Pik Funk” Smith began his life with music at a very young age. Beginning first with drums in the living room at home with his father and brother, he soon after picked up the bass and began playing along side his father in Church regularly.

From childhood Eric was focused on playing music. His first big gig came with the Bay Area’s icon Sheila E. as her bassist and with that experience opened a whole new world. Eric’s love for music has enabled him to excel and play along side the greatest of musicians. Amongst some of those are Janet Jackson, Lalah Lathaway, Rihanna, Fantasia, Justin Timberlake, P. Diddy, Destiny’s Child, Jamie Foxx, Baby Face, Jill Scott and many more. Eric has been able to play to hundreds of thousands of fans around the world. Early in his career he received his nickname “Pik Funk” because of his funky style on bass.

In addition to touring extensively around the world and performing with a-list artists, Eric along with his brother have their own band in which he serves as musical director and bassist for Blynd. Blynd is a powerful combination of Eric’s funky bass and his talented brother John “Jubu” Smith as guitarist and lead vocalist. Influences include the Isley Brothers, Curtis Mayfield, Marvin Gay, B.B. King and Eric Clapton. Blynd’s music style has been described as music for the masses. With the raw talent and smooth sound of soul, funk, jazz and rhythm and blues, this band is one of a kind. It will touch your soul, get you inspired and leave you wanting more.

Personally, Eric is a man of God. He is a pleasant soul with an infectious smile. He finds a friend in all those who know him and regards himself as “blessed” in every way. 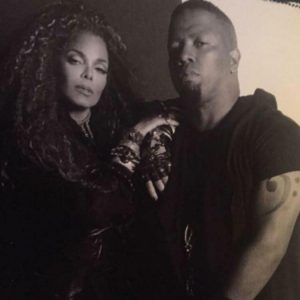 “David and I first met in 1993 when I was working with Sheila E. and he had recently started Eden Electronics. He really helped me to develop my sound while he was with that company, and 25 years later we’ve come back full circle! What he’s done with DNA is BANANAS! DNA amps and cabs have a really fat sound and the possibilities of tones are endless from really clean, to super dirty. Thanks Dave & DNA!!!!”