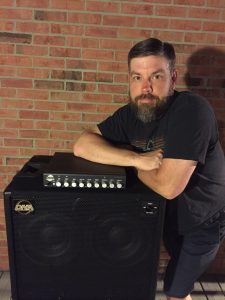 Wes grew up 50 miles north of Nashville and picked up music at an early age. When his jr high jazz band director talked him into playing bass, his obsession began with the low end. Wes quickly adapted his ear to the bass guitar and was mesmerized by players such as Geddy Lee, Victor Wooten, Flea, and Jaco. Wes tries to use the lessons learned from these and other great bass giants to build his creative sound while not forgetting to be true to himself.

After receiving a scholarship to college on tuba, Wes felt like he wasn’t following his heart and left college to move to Nashville. Wes started travelling playing bass in several different blues, funk, rock and progressive bands. After 20 years, quite a few miles, and countless gigs across the country Wes is still at it and is delighted to team up with DNA to bring the highest quality low end in existence. Wes is playing a DNA-800 through a DNS210 cabinet with his current group The Captain Midnight Band, a R&B infused Rock and Jam band out of Nashville.

“After touring and recording the past couple years with my DNA rigs, There’s nothing I’d rather have behind me on stage. The tone and versatility are second to none and are exactly what I want when I dial in my sound. I constantly get compliments and praise from fans and players alike saying how great my bass sounds. I couldn’t get enough DNA tone so I recently picked up the 1350 amp as well… lol Thanks David!! Simply magical!!” 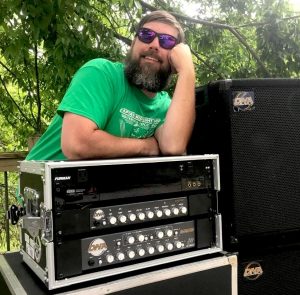