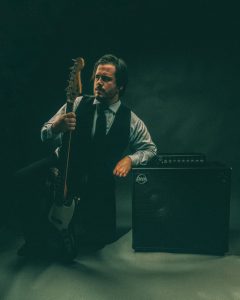 After erupting onto the Memphis scene, Tyler “Chaucer” Marberry has cemented himself as a musical force of nature thanks to his unique melodic style, staggering technical dexterity, and absolute unflappable adaptability towards any musical situation. Having worked alongside artists such as Blvck Hippie, Keith Paluso, Hunter Cross, Oakwalker, Footshooter, Skull Family, A Little Hostile, and many, many more. It’s clear there’s no sign of slowing down in his quest of musical conquest. When not traveling on his hunt for the next gig, he loves to spend time helping others reach their full potential as artists, whether that be as an educator or as a liaison between music scenes. Catch him if ya can!

“An unrivaled display of power, warmth, evenness, and clarity in its tone alongside the precise EQ which allows me to sculpt it into whatever I need to suit the task at hand. DNA has given me the tools to make even the grandest of my artistic visions as a bass player come true. With my DNA-800 and DNS210, I have never had more confidence in my sound. I truly feel unstoppable!” 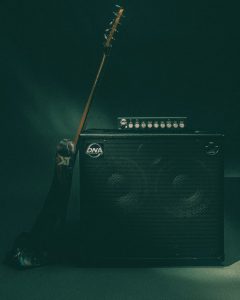