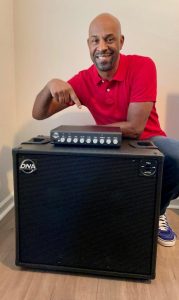 When you hear the name Sean Michael Ray, you immediately think… an INCREDIBLE musician who makes a bass guitar produce pure, melodic, soul-stirring sounds that resonate throughout your body!

A native of Birmingham, Alabama, Sean was born with music running through his veins! His mother is a holiness church organist and his father was a renowned bass guitarist. Believe it or not, Sean has had no formal musical training. His first instrument was the trombone, but as he watched Soul Train, he came to the conclusion that the trombonist only played on portions of the song and not the entire song. He noticed that the bass guitarist played all the time so Sean asked his mother for a bass. Hesitant to get another instrument, his mother said, “alright I got you that trombone and now you want a bass. I hope you don’t put that down”! 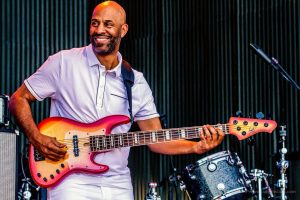 “Finally, I can reproduce my bass tone live exactly the way I hear it in my head! My DNA rig is a game changer”!!