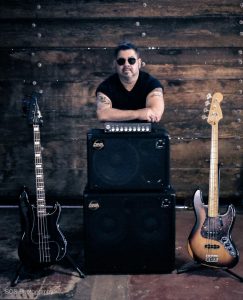 “The moment I played the first note I was in love. The punchy and tight tone was music to my ears. Literally! The versatility of the DNA-800 bass head was far more than I anticipated. A tiny package with a huge punch! The DNS112 cabinet alone exceeded my expectations, and when paired with the DNS210 cabinet the rig just shook the pictures off the walls in my jam room! I couldn’t be happier to be a part of the DNA Amplification family. One of the best choices I’ve ever made. Thanks to everyone at DNA Amplification for their dedication to tone and designing with the player in mind!”