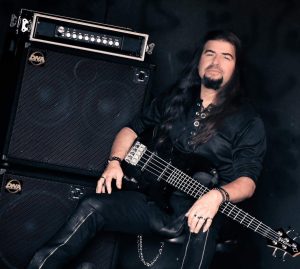 Brent Marches started out as a blues bassist heavily influenced in rock, evolved to metal and progressive. Starting in high school with covers, quickly moved on to original compositions and developed a passion for progressive metal. The forming of his first band “Inner Sanctum” with music rivaling Fates Warning and Dream Theatre, proved to be ahead of their time. With several influences over the years, including Jaco Pastorius, Stuart Hamm, and Jeff Berlin his playing and writing changed for the better.

Being involved with many different projects and artists along the way, including Rusty Cooley and Outworld, and Ronny Munroe and Metal Church, one of the most prominent is “Azraels Bane”. A melodic progressive metal band with harmony vocals, recording two albums and touring for several years from coast to coast and beyond. It has proven to be a wild ride with much more to come with brothers Trey Gadler, Jeff Clifton, Chuck Mcfadden, and Van Turner to share in the experience and debauchery. As Azraels Bane is still part of the repertoire, he now is involved with Dead Man’s Hand, an original Southern rock band… very Texas driven. At the same time now involved with his greatest passion project soon to come, will be “Darkside”. This will be the creation of the deepest darkest part of the mind, and will most certainly break all the rules. Music has been the most incredible expression of life and will continue until one or the other cease to exist.

“After years of carrying around enormously large cabinets, and being a slave to the other guys girthy, bulky stuff, I was graciously exposed to DNA gear by 2 good friends. Hearing rigs from DNA artists Shane DuBose and Ray Soliz, I was completely blown away. Hearing its clarity and power, I was sold immediately. Now with my own set up, I’ve been more and more immersed in the most clean and punchy sound to ever grace a soundwave. I want to thank both my friends for introducing me to DNA, and David and John for bringing me into the family. My life is truly changed for the better, forever!” 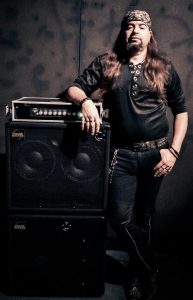