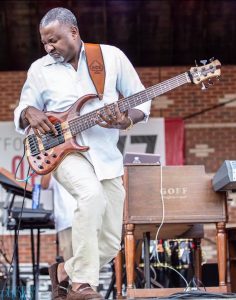 ASA LIVINGSTON
“THE MAN, THE MUSIC, THE EXPERIENCE”

Jamaican born American raised Asa Livingston began his journey into music as a secondary choice to a career in professional soccer. Sometimes in life it takes a major event to reveal the true passion within, and so it was with Asa. No longer pursuing a sports career Asa found release in music. He had experience in playing within the context of the church and decided not to limit himself to one particular style. As a result of clear focus, diligence, and a passion for excellence Asa was soon adept in a variety of musical styles, and although his first love is the bass guitar he is also skilled on other instruments.

Asa has played with major recording artists on tour, on location, and television. Currently he serves as the Musical Director for several well known artists such as Montel Williams of the Montel Williams Show and Capitol recording artist Javier. He is a sought after musician in the music realms of R&B, Contemporary Jazz, Gospel, and Contemporary Christian. He has played with such artists as 98 Degrees, Jessica Simpson, Usher, Mario Winans, Pink, Alex Bugnon, Joe, Chico DeBarge, Israel And The New Breed, Montel Williams and Jennifer Lopez. Most recently Asa has recorded with Youthful Praise on their live album “The Praise… The Worship”, as well as their Live DVD.

In addition to playing, performing, and recording with talented and well known musicians Asa has also joined forces with three other talented musicians to develop a band that will soon release their first recording project with sounds of Neo Soul, R&B, Contemporary Jazz, and Gospel.

Asa is proficient on the 4, 5, and 6 string bass as well as the keyboard bass synthesizer. He currently endorses DNA Amplification and GHS Strings. 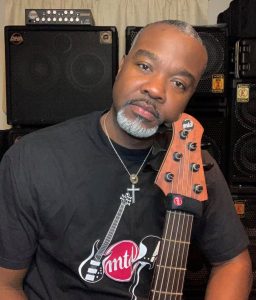 Asa’s dedication to music, his passion for excellence and his unique style of expressing and relating to and with his audiences ensures that he has a significant and influential career ahead of him. The Ace Livingston Project.

“I’ve trusted David with my sound for so long,” Ace says, “that I just can’t imagine ever working with anyone else. He gives me everything I need from my rig, and they all treat me like royalty.”