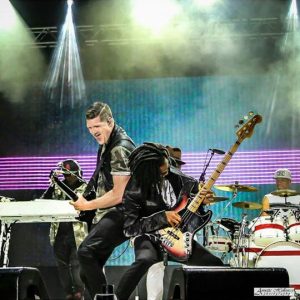 Toddefunk is an American singer/songwriter, record producer, and multi-instrumental brain child. An already accomplished musician, his music mixes Funk, Rock, R&B, Soul and Pop– his fresh sound is what his loyal fans expect and he’ll bring.

“Toddefunk is a complete musician. Playing bass is only part of what he does. If you want your music to feel good, he’s the one to call. He’s been in TobyMac’s band for over 16 years. TobyMac knows what’s going on.”
~Victor Wooten, (Five-time Grammy Award Winner)

“Toddefunk is one of the funkiest bass players I’ve ever heard, and has a style of his own that’s undeniable. I first learned of Toddefunk’s bass playing while watching the Gospel Music Channel network as TobyMac’s Alive & Transported DVD was playing, since then I was hooked on his bass playing and was inspired to be the bass player that I am today. Keep inspiring! Toddefunk forever.”
~ Jamareo Artis (Bruno Mars)

Toddefunk, the newest artist on the The Professional Group’s roster recently inked a distribution deal with Caroline/ILS/Universal Music Group and is about to drop his latest single, “NewCity!” much to the anticipation of his growing fan base. You’ve most likely seen him bringing the bass alive for TobyMac & DiverseCity over the past 16 years. His magnet like energetic stage presence and dynamic bass playing keep you wanting more and that’s exactly what he’ll be delivering.

Playing the bass from an early age, Toddefunk has found his own unique style where he’s emerged to the professional level as a bassist in his own right catching the eye of master luthier, Marco Cortes of Marco Bass Guitars, who is now developing the anticipated Toddefunk signature Jazz Bass.

“Got the head today JV, and am excited to be a part of the DNA family! The kids at this year’s Camp Electric are gonna be blown away, and spoiled! lol” 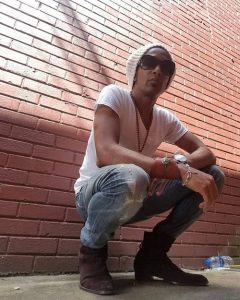 ToddeFunk is also a founding member and bass instructor of Camp Electric held each year in Nashville, TN. Camp Electric brings together Christian musicians and teaches them band dynamics, the art of leading worship, and performance skills that are truly invaluable. But that’s just the beginning, they are able to do all of this while interacting with and jamming from their favorite Christian artists!
campelectric.com