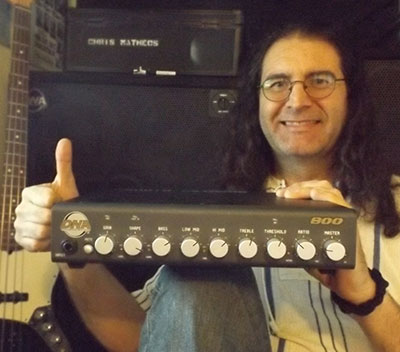 “DNA 800 at 4.8 pounds is a gigging musicians dream come true.”
“The DNA 800 is the most powerful portable bass amplifier ever made, featuring superior compression & tone shaping options.”
“The DNS bass cabinets feature supreme power & clarity, with the best tweeters ever made.”

Chris Matheos was a David Eden endorser from 1997-2016. He thought there was no better bass amps until he played through the new DNA system.